No cut, no hassle Pool Towel 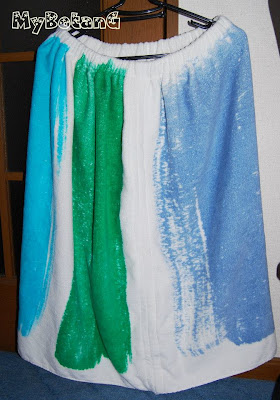 My 10yo girl prefers to use her pool towel than the usual wrap ones after bath. Especially now that it is colder, it is easier to just get into one of these than the hassle of wrapping yourself..

*It is surprising that when I Google pool towel, none of the links were anywhere close to resembling the pic above.. apparently it's only in Japan (most likely) kids pool towel looks like the one I'm talking about. More pics on Amazon.co.jp

It is a quick and easy project, something that you can get done in under half an hour.
Things you'll need:
Towel - I got mine from the AS IS bin in IKEA many years back. It is SOMMAR (75cm x 150cm)
Wide elastic band - Mine was about 75cm
Of course the usual notions of thread, scissors and sewing machine 1. Remove the tag
2. Fold the towel in half
3. Sew straight down 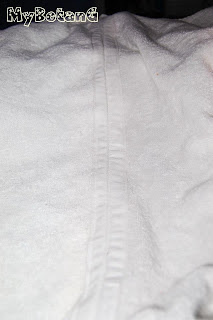 4. Press the seam open and sew straight or zig zag stitches so that it will lay flat and not irritate your child's skin 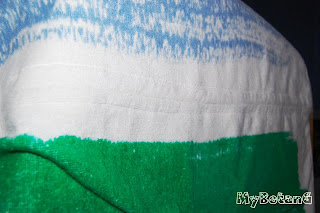 5. Wrap your elastic band (sew the ends to create a loop) around the top opening and slowly sew
*It will start to gather half way through, with the presser foot and needle down, pull and adjust the towel and sew till the end. 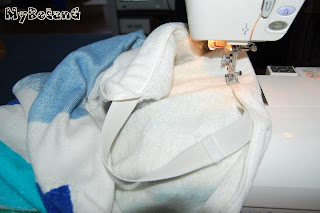 And you are done.
These towels are sold in shops here in Japan, you can find a lot of them in summer, and not so much in the other seasons. Price ranges from RM40 - RM120 depending on size and brand

I apologize for my lack of posting here.. I am still around and sewing and updating over at my page on FB..

I promise to write soon.. 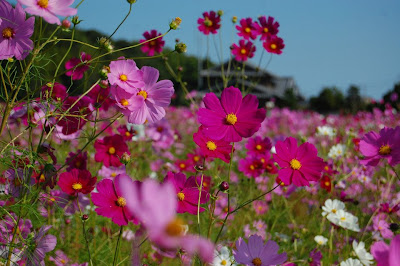 MyBotanG
A Malaysian in Nagoya, Japan, I can't stop sewing and making stuff In between being a mom and a wife, you'll most often find me in my studio

Find out what's available in the Shoppe - AVAILABLE
MyBotanG

Promote your Page too